WHAT IS A BIDIRECTIONAL HERB?
By Daniel B. Mowrey, Ph.D.

This definition of a tonic clearly excludes the notion of "making stronger" by pushing the body in one direction only. A particular non-tonic drug or herb designed to enhance the function of the immune system, for example, might stimulate the production of white blood cells. Goldenseal is an example of this kind of action. Administered to an ailing patient, it would increase T-cell activity and enhance other immunological functions. That's all it would "know" how to do. It would not be able to recognize the difference between a body deficient in white blood cells and one that had too many white blood cells. Its action is uni- directional. It carries but one signal to the body system; in this example, to produce more white blood cells. This over-stimulation could lead to severe imbalances, and it is unlikely that such an agent would be able to address the problem of an over-reactive immune system, as, for example, in a person with an allergy.

The concept of a tonic sounds strange to modern ears. We simply have not made room in our medical or nutritional agendas for a concept of a substance that restores balance. This will change as the medical community begins to realize that many modern plagues may be prevented, and even treated by maintaining optimum health in all body systems. Such a re-orientation of thought demands that much less emphasis be placed on finding and killing "germs", and much more on increasing the body systems natural defenses and restorative powers. The concept of the herbal tonic will be a signpost for the new research.

In summary, tonics do not over-stimulate the body. They are bidirectional, capable of both increasing and decreasing the activity of body processes. Herbs whose action is bidirectional (or, sometimes, multidirectional) are called tonics. As far as I know, there are no bidirectional drugs, nor is any effort currently under way to invent any. In order to conceptualize drugs as materials for restoring balance, the scientific world will have to undergo a total paradigm shift; it is not ready to do that. 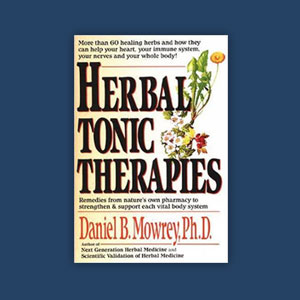