Click here to listen to our Success Stories & Conference Recordings on SOUNDCLOUD
SUCCESS STORIES
Wrinkles
Disclaimer: JC TONIC® is a dietary supplement not a drug. Therefore, it is useful in effecting the structure and/or function of your body in various ways. However, it is not intended to and will not cure, mitigate, treat or prevent any disease. Success Stories like those presented reflect truthful and actual experiences of individuals who have consumed JC TONIC® and have chosen to express their opinion regarding its personal use and the positive results they have achieved. Their point of view however may not be all encompassing and does not constitute scientific evidence that JC TONIC® will cause similar results in others including yourself nor are these statements representative of individual results you may anticipate. Jurak World Wide does not make any such drug or treatment claims for its products. 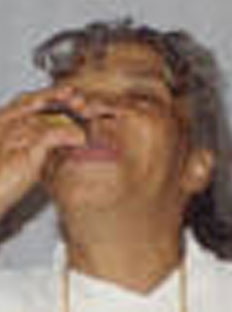 JC Tonic® was an answer to my prayers. I have been on herbs for 19 years and my daughter would put together our formulas. Since (at the present time) she is not doing it as much, I prayed that the Lord would give me something or show me how I could help others.

Later that day, my daughter called and said she had found something that is absolutely terrific for our health and for the health of others that she had been helping. She first used it for two weeks to a month, so she could share what it had done for her. I was too excited just hearing about it. I began making a list of all the people I knew that were not doing too good in health. I felt like knocking on doors and asking if there were any such people in the house. I got busy and started calling my friends and neighbors and the majority that I called were very receptive. I began hearing of more energy, better rest, breathing better, clearer vision, etc.

At first, I could not see that I was improving, but one of my first sons said, "Mom your eyes are not itching any more." Another friend and my daughters said, "Your hair is growing." The tiredness of my eyes, as I awoke each morning, was gone and I sleep sounder, instead of tossing and turning. Also, the ache in my back is gone and the small broken veins in my legs are fading. My daughters say I look younger and my wrinkles have disappeared.

I am the mother of 10 children and I have all of them on the product, along with my husband; he does not shake as much in his hands and his hair is getting thicker. He is 66-years-old and I am 65. This is a godsend. Anthony, I thank God for giving your dad wisdom in the formulation of this product. I am pleased to be an Ambassador of Health!
Florence, Wisconsin

On May 22, 2002, Irene Borkowski introduced me to JC Tonic® and I'd like to thank her for that, as well as Anthony and Roger.

I stubbed my toe very hard many years ago. It was very sensitive to the touch and hurt at times. That's all gone. My digestion has improved. I can eat things that I couldn't before, such as raw onions, chili and spaghetti. I can eat them now with gusto. Also, about the time I was ready to go to sleep, I'd get terrible pain and have to sit up for a long time. That's all gone. Now the dog and I snack on cheese or herring just before going to bed with no problem.

My hearing was very bad. I couldn't hear well on the phone and the voices on TV were jumbled. Last November, I was listening to a phone conference call, straining my ear to catch every word. I put the receiver to left ear and to my alarm, it was mute. I couldn't hear a whisper. Several months later, I started to hear the man giving the news on TV. Then I noticed I could hear better on the phone. I can now put the receiver on my left ear and hear. I also heard the phone ring while I was in another room, which I couldn't do before.

My circulation has improved. I sleep with just a few light covers. I have reduced my nighttime trips to the bathroom from five to two.

I went to the beauty shop. The operator ran her fingers through my hair and said, "You have a lot of hair." Then again she said, "Your hair is very think." That was the golden opportunity to tell her why it was so thick. Before taking JC Tonic®, it was falling out and getting thin. I explained how JC Tonic® would cleanse your blood and the blood would go to the top of your head to the tips of your toes.

My night driving has improved. A year ago, the lights blinded me. Recently, I have been on the road a dozen times at night without fear. My eyes aren't watering a much. That condition was bad for daytime driving.

For year I had pain. First, pain below the left knee, then sever pain in the left thigh and my back has improved. Some days are pain-free and that is Seventh Heaven. Two years ago I would shop at the mall and use an electric cart. Now I go on my own power.

I never show my ID card when I ask for a senior discount. My face has a lot of wrinkles. One day I asked for a senior discount and this intelligent looking girl said, "You have to be 55 or older." I said, "Thanks for the compliment, I'm 86." She called another girl over to tell her I was 86. They said, "What do you eat?" I told them I take JC Tonic® and told them more about it. I feel they judged my mobility, as I didn't have a cane, walker or wheelchair.

I shop for groceries weekly and sometimes see a friend who comments, "How have you been this winter?" I say, "Wonderful! No colds or flu. I'm taking JC Tonic®." That is my opener to tell about JC Tonic® and what it has done for me.

I had more energy, but I wanted that burst of energy most people experience when taking JC Tonic®. This story is a little off the cuff. Many years ago, my brother invited us for New Year's Eve. He said he'd serve martinis and after one or two you would get "the glow." I had never heard that expression before. One Thursday night, it happened. I listened to the JCWW phone conference call that ends at 9 p.m. our time. Other nights, I would have headed for bed. I was wide-awake and called my cousin to congratulate her on her wonderful testimonial.

It was almost 10 p.m., but I wanted to talk JC Tonic® some more. I called my mentor, Carolin Hallada, and talked for a long time. Still full of energy, I wrote a letter to a friend who had a stroke. Usually, I'd write a sentence and wonder what to say next. That night my mind was as sharp as a tack. The words just flowed from my pen. I completed a few more projects. I thought, how will I tell my daughter in the morning of this glad-to-be-alive feeling? And then I knew. I had "the glow" and it wasn't from drinking a martini, but from a shot of JC Tonic®.
J.J., New York

I have been on JC Tonic® for eleven months and I drink two to three ounces a day. About fourteen years ago I was diagnosed as a diabetic, type 2. My doctor put me on chemical drugs. I wish that I would have found JC Tonic® thirteen years ago. Since I started taking the tonic eleven months ago, I am now only taking half of my insulin. I drink my JC Tonic® and my diabetes is completely under control - it is not cured. I feel very good, I am very strong and I have a lot of things going on in my life.

My wife was helped tremendously with her headaches and my cholesterol has come down. I also use it on the wrinkles on my face and I think I look pretty good.

I have four fish tanks and I treat the water in the tanks with the tonic every time I change the water. I also have two guinea pigs and I put a couple drops of tonic in their water. As they too have blood, it has got to help them also.

I know that I can count on JC Tonic® to help me the rest of my life. I will be a customer for the rest of my existence.
We continue to receive success stories as more and more people try JC Tonic®.

Try it for yourself and see the difference it will make in your life.